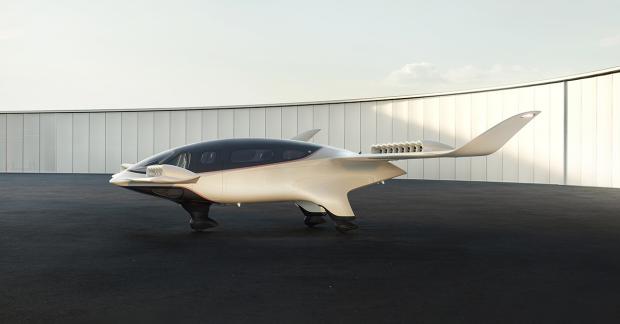 This follows on from the team's first successful partial main wing transition back in June. The aerodynamics of transition flight are quite complex for new-fangled aircraft like these – the Lilium design uses large banks of electric ducted fans for both lift and cruise propulsion, gradually tilting them from a vertical orientation in hover mode, to a fully horizontal orientation in cruise flight.

In an aerodynamics sense, Lilium says a successful transition means that the airflow over the cover flaps of the propulsion banks goes from being turbulent and unattached to being smooth and attached to the surface, allowing it to generate wing lift. It happens at a certain combination of flap angle and airspeed, and you can see the effect visually in the video thanks to the grid of little "tufts" along the flaps. These little bits of yarn are flung about wildly in a turbulent airstream, but immediately lie flat in line with the airflow once it attaches to the propulsion banks.

You can see this effect across the entirety of Phoenix 2's main wing by about 25 seconds into the new flight test video above, with the propulsion system aimed more or less fully forward at an airspeed around 120 km/h (75 mph). At this speed, though, the propulsion banks on the smaller front canard wings are still angled downward, with turbulent airflow over them and a corresponding loss of efficiency. By the 1:28 mark, the aircraft has accelerated to about 180 km/h (112 mph), and the airflow over the canard bank is clearly smooth and attached, signifying a successful full transition.