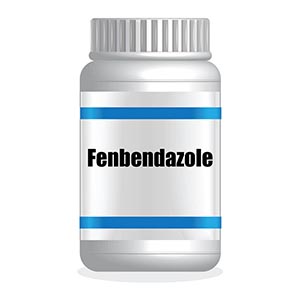 An increase in vitamin uptake can improve the effectiveness of medications and provide additional medicinal properties such as anti-tumor effects. An anti-parasitic medication named fenbendazole displayed powerful anti-tumor properties, but only when it was combined with a vitamin protocol, including vitamins B, D, K, E and A. This research provides important insight into immunotherapy, and the powerful role that basic vitamins and antioxidants play in regulating cancer.

The anti-parasitic drug fenbendazole is commonly used to treat pin worms and other helminthes (parasitic worms) in livestock, pets and humans. The medication breaks down the parasites by binding to tubulin and disrupting the tubulin microtubule equilibrium. Because other anticancer drugs also disrupt microtubule formation (vincristine; vinblastine) or microtubule depolymerization (paclitaxel; docetaxel), it has long been hypothesized that fenbendazole could have similar anti-cancer effects. However, previous studies do not prove that fenbendazole has strong anti-cancer effects as a standalone drug.

In this study, the medication does inhibit the growth of human lymphoma grafted into mice, but only when the mice are given vitamin supplements on a daily basis for a 22-day period. The study did not differentiate whether the anti-cancer effect was a direct result of the medication or the vitamins' stimulation of the hosts' immune response. One thing is for sure: the vitamins create a synergistic effect, putting human lymphomas in remission.