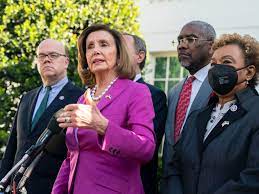 The Senate voted on H.R. 7691, the Ukraine Supplemental Aid Package, which passed 86-11. The vote featured strong Republican and Democrat support for the bill; however, some populist Senate Republicans opposed the legislation, believing that America should focus its efforts on domestic crises such as 40-year-high inflation and baby formula shortages.

Senate Republican populists could not stop the overwhelming Senate support to stop the legislation, even though it required 60 votes, but Sen. Rand Paul (R-KY) managed to delay the passage of the bill until Thursday.

Paul told Breitbart News Daily host Alex Marlow that the United States would have to borrow the $40 billion to send the tens of billions of dollars in aid to Ukraine. The Senate did not vote on Paul's proposed amendment to have an inspector general ensure the billions were spent wisely.

U.S. DOT to "address past wrongs from the development of highways, rail lines and -