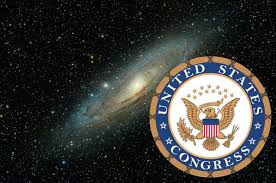 Why have they suddenly decided to reveal so much?  For decades, a very thick cloak of secrecy has surrounded what the government really knows about UFOs, but now our politicians are talking openly about such things.  In fact, Congress just held their very first public hearing about UFOs in 50 years.  So what has changed?  If anything happens in Washington, it is usually because someone has an underlying agenda.  Could it be possible that we are being prepared for some sort of a huge revelation?

To me, it is clear that something is up.

And I think that it says a lot that the power structures in our society are now treating this topic very seriously.  At this point, even CNN is admitting that UFOs are no longer being "relegated to the fringes of public policy"…

Key lawmakers warned at a House hearing on Tuesday that unidentified aerial phenomena — popularly known as UFOs — must be investigated and taken seriously as a potential threat to national security.

The event marked the first congressional public hearing on UFOs in decades, a high-profile moment for a controversial topic that has long been relegated to the fringes of public policy.

During the hearing on Tuesday, U.S. officials confessed that there have been at least 400 "unexplained sightings" by members of our military…

US SPY chiefs were grilled by lawmakers in a historic hearing on UFOs as dramatic videos of two sightings were shown.

Security officials were forced to admit there have been 400 unexplained sightings reported by the US military .