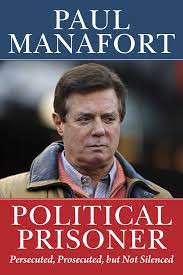 I would know, because I, too,was in their sights.

Detained at Boston's Logan Airport, the FBI grilled me about the 2016 campaign, specific persons involved, Wikileaks, Roger Stone, Nigel Farage, and Russia. It was evident that while they had a very thick file on me, and two warrants to confiscate my iPhone and laptop—which meant they had been surveilling me for some time—they knew I knew nothing of real value. This was an act of intimidation of a patriotic U.S. citizen, one with a former Top Secret and Codeword security clearance, who had held senior positions in the government and served informally and without payment on the Trump presidential election campaign. I was an advisor, policy wonk, and surrogate and appeared on British (BBC and ITV) news a lot. But my groundbreaking and explosive book, The Plot to Destroy Trump, which shattered the entire Russia hoax and the fabricated, DNC-Clinton funded Steele dossier, was about to be published and they did not want anyone to read it. It totally exposed them.