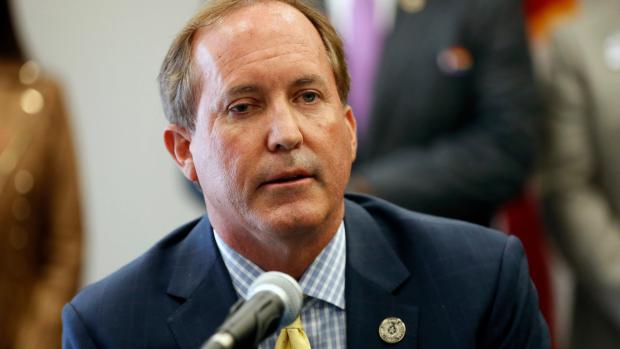 Texas Attorney General Ken Paxton rejected a prosecutor's demand for records of his appearance at Donald Trump's January 6 rally outside the White House preceding the riot at the Capitol.

The Travis County district attorney's office in Texas set a four-day deadline for Paxton last week to turn over the records involving the Save America rally.

In a letter to the district attorney's office on Friday, Paxton's office denied any violations and rejected the office's demands for documents.

By refusing to turn over the documents, the attorney general now faces a lawsuit accusing him of violating the state open records law by repeatedly balking media requests for his communications around the time of the January 6 rally.

Paxton and his wife, state Senator Angela Paxton, appeared at the pro-Trump event in Washington, D.C. on January 6, 2021. At the rally, the Texas attorney general gave a speech touting failed legal pushes to overturn Joe Biden's victory in the 2020 presidential election.

Several news organizations have requested Paxton's communications from around that time under the Texas Public Information Act.

Earlier this month, top editors at five Texas newspapers - the Austin American-Statesman, The Dallas Morning News, the Fort Worth Star-Telegram, the Houston Chronicle and the San Antonio Express-News - filed a complaint asking the district attorney to investigate the alleged violations.

Subsequently, the district attorney gave Paxton's office a few days to hand over the documents, but the attorney general's office called the claims 'meritless', and claimed there is 'no violation to cure.'

Jim Jordan: Democrats have broken 'every precedent you can imagine'