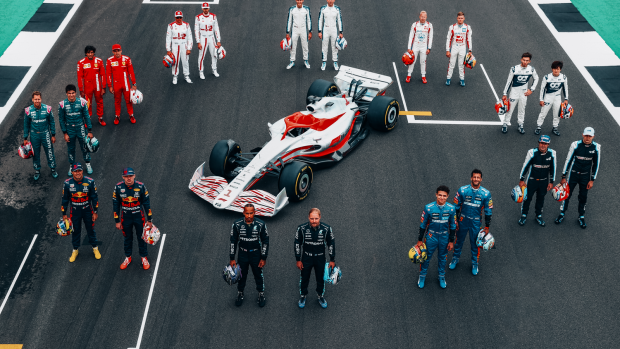 Formula One drivers have been warned they will not be allowed to compete in the Australian Grand Prix if they are not vaccinated - but Sportsmail understands that they have all been jabbed.

The showpiece is usually the season-opener, but will be third on the 2022 calendar due to planning amid Covid restrictions.

Officials are keen to avoid a repeat of the controversial and incredibly public saga surrounding Novak Djokovic's cancelled visa.

The Australian Grand Prix authorities have already told F1 drivers that they will not be allowed to compete if they are not jabbed, according to the Mirror.

Sportsmail understands that anyone in the wider party of teams who is unvaccinated will not travel, but that all drivers are fully jabbed.

Race chief executive Andrew Westacott insisted that rules are clear and all racers and staff must be fully inoculated to attend.

'To come into the event you'll be 100 per cent vaccinated and there won't be an exemption sought for anyone from anyone.

'Our arrangements have been in place well before the recent goings-on at the Australian Open.

'There's zero tolerance. Whether you're Lewis Hamilton or Valentino Rossi in MotoGP, if you test positive, you don't race that weekend.'

Hamilton is understood to be fully vaccinated against Covid and has repeatedly urged fans to get jabbed.