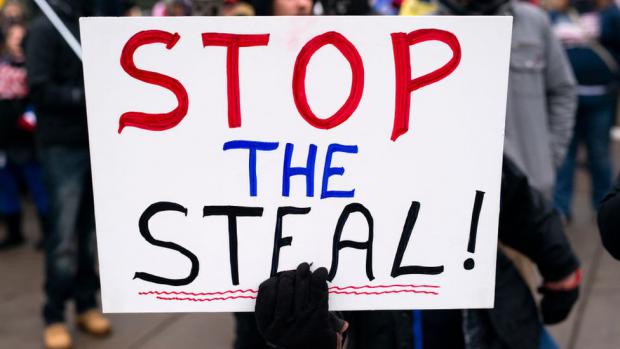 'Stop the Steal' organizer Ali Alexander was seen on video promising members of two far right groups - the Oath Keepers and the Proud Boys - that he would work with them during the Capitol riot on January 6, 2021, according to published reports.

The videos, which were uncovered by CNN after they were found on Periscope, show Alexander saying he'd talk to the two groups about providing security for the rally. He has become a prominent figure in the House of Representatives' panel investigating the riot.

The Oath Keepers' leader Stewart Rhodes and 10 other members were charged with sedition in relation to the storming of the Capitol, while dozens of members of the Proud Boys were also charged.

Alexander is also seen on one of the videos saying he'd rather see the White House struck by lightning and 'burn down' than see then President-elect Joe Biden live in it.

In one video, dated December 20, 2020, Alexander tells viewers that he was going to reach out to both groups.

'Don't worry, I'm gonna make sure so many people are so safe,' he said. 'It's gonna make your head spin. I'm gonna try to make sure that every 15 minutes - so that you just know in your head, you don't have to know in a map - that Metro stops are being patrolled.'

Did Joe Rogan FINALLY say what we're all thinking about January 6th and the FBI?