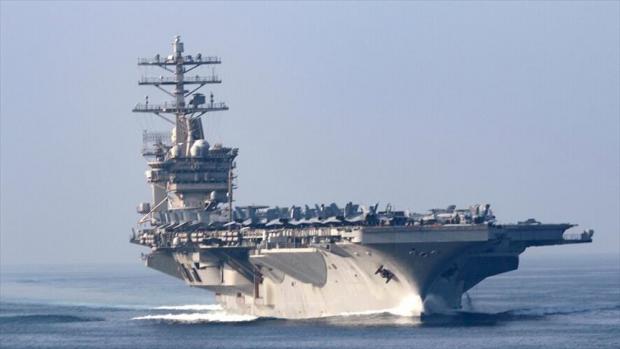 The exercises are set to begin Monday and run through Feb. 4, and will "demonstrate NATO's ability to integrate the high-end maritime strike capabilities of an aircraft carrier strike group to support the deterrence and defense of the alliance," Pentagon press secretary John Kirby told reporters.

He added the strike group, along with several other NATO allies he did not name, "will participate in coordinated maritime manoeuvers, anti-submarine warfare training, and long-range strike training."

Kirby insisted the war games had been "long-planned," since 2020, and were not in response to the recent Russian military aggression near the Ukrainian border, though the drills are not listed on NATO's website among exercises slated for this year.

The announcement came a day after Russia announced its own all-out naval exercises, with more than 140 warships and about 10,000 soldiers taking part in January and February in maneuvers that will take place in the Atlantic, the Arctic, the Pacific and the Mediterranean.

The U.S. and Western allies have watched as the steady rise of Russian troop numbers near the border grew to a peak of an estimated 100,000, driving fears that Moscow was preparing to invade Ukraine.

MonkeyPox Set to Become the New Pandemic as Biden Plans to Hand US Sovereignty...

US military awards contracts for nuclear propulsion for spacecraft

MANY FEDERAL EMPLOYEES ADMIT THAT THE INFLTRATION OF EVERY FEDERAL AGENCY...

'It's just like watching the real thing': Sir David Attenborough says of his new...

Not-so-stable coin: Why have stablecoins crashed and what does it mean for cryptocurrencies?

Bill Maher suggests kids are coming out as trans is because it's 'trendy'...

Girl, 15, is rescued from pedophiles ten days after she was abducted at basketball game...

America's Appetite For Guns Has Soared Since Dot-Com Bubble