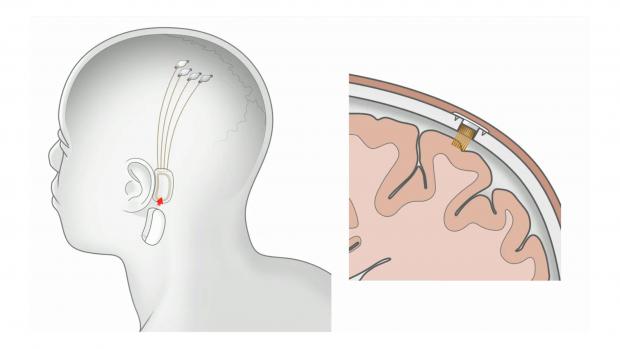 Elon Musk has demonstrated the Neuralink brain chip in a pig, a monkey and new job listing from the company suggests we could soon see it preform in a human brain.

The firm is now hiring a clinical trial director, which says the right candidate will 'work closely with some of the most innovative doctors and top engineers, as well as working with Neuralink's first Clinical Trial participants.'

The position is based in Fremont, California and provides the candidate with commuter benefits, meals and 'an opportunity to change the world.'

The listing also suggests the candidate will lead and build 'the team responsible for enabling Neuralink's clinical research activities,' as well as follow regulations.

Although the posting does not say when the trials will begin, Musk revealed last month that they are less than a year away - meaning human trials could start this year.

'Neuralink's working well in monkeys and we're actually doing just a lot of testing and just confirming that it's very safe and reliable and the Neuralink device can be removed safely,' Musk said during a live-streamed interview with The Wall Street Journal CEO Council Summit.

'We hope to have this in our first humans — which will be people that have severe spinal cord injuries like tetraplegics, quadriplegics — next year, pending FDA approval.

'I think we have a chance of being able to allow someone who cannot walk or use their arms be able to walk again – but not naturally.'

Ever heard of Geo Fencing?, Q&A