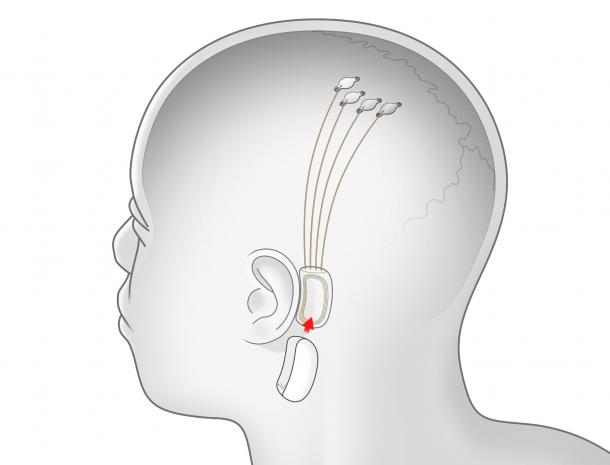 Elon Musk claims his Neuralink, a brain-interface technology company, is less than a year away from implanting chips into human brains.

The news comes from the billionaire himself during a live-streamed interview with The Wall Street Journal CEO Council Summit on Monday, when asked about plans for the company in 2022.

'Neuralink's working well in monkeys and we're actually doing just a lot of testing and just confirming that it's very safe and reliable and the Neuralink device can be removed safely,' Musk said.

'We hope to have this in our first humans — which will be people that have severe spinal cord injuries like tetraplegics, quadriplegics — next year, pending FDA approval.

'I think we have a chance of being able to allow someone who cannot walk or use their arms be able to walk again – but not naturally.'

On April 9, 2021, Neuralink showed off its brain chip in a monkey, which allowed the animal to play a game of Pong using only its mind.

The device in the animal's brain recorded information about the neurons firing while it played the game, learning to predict the movements it would make.

'Basically, the monkey looked normal, yet it is playing a video game telepathically, which I think is quite profound,' Musk said during Monday's livestream.

'Basically, the monkey looked normal, yet it is playing a video game telepathically, which I think is quite profound,' Musk said during Monday's livestream. Neuralink's system is comprised of a computer chip attached to tiny flexible threads that are stitched into the brain by a 'sewing-machine-like' robot.

The Tech Revolution NO ONE is Talking About