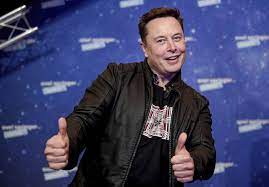 It seems we could write all day about the news that's come from Tesla CEO Elon Musk's interview at the Wall Street Journal's CEO Council Summit. Musk has a tendency to say exactly what he thinks, even it if might upset people or be taken out of context later. The CEO has strong opinions when it comes to government spending and the tax system.

Right off the bat, as soon as Musk mentioned his taxes in the past and started tweeting on the topic, people called him out. Headlines stated that the richest man in the world doesn't want to pay taxes. However, that's not the whole story. Since then, Musk has sold a significant amount of stock for the purpose of paying taxes, but that's another story for a different day.

During the recent interview, Musk talked about the "billionaire tax." He made it clear that even if all CEOs gave the government all of their money, it may not make a difference. Why? Because Musk believes the government wouldn't necessarily know how to spend it wisely, or at least not as wisely as some billionaires are already allocating it themselves. He shared via Teslarati:

"First of all, I pay a lot of tax. My marginal tax rate is like 53%. That's not trivial. Obviously, there's asset-based taxes, the sales tax, and everything else. There's also the estate tax. Generally, I think the estate tax is a good tax."

SURVEY: Here's What Your Fellow Americans Think Should Happen to the Unvaccinated

Show One Hundred And Forty Eight

Elon Musk Had the Pandemic Right From the Very Beginning

Malone: 'Mass Formation' Deployed On You After Over 200 Years Of Study

Malone: 'Mass Formation' Deployed On You After Over 200 Years Of Study