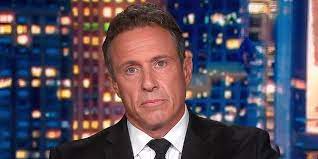 Anderson Cooper will fill in for Cuomo on Tuesday night, CNN said.

The New York Attorney General's office released transcripts and exhibits Monday that shed new light on Chris Cuomo's involvement in his brother's defense. The documents, which we were not privy to before their public release, raise serious questions. When Chris admitted to us that he had offered advice to his brother's staff, he broke our rules and we acknowledged that publicly. But we also appreciated the unique position he was in and understood his need to put family first and job second. However, these documents point to a greater level of involvement in his brother's efforts than we previously knew. As a result, we have suspended Chris indefinitely, pending further evaluation.

Why I Prefer Journalistic Independence to Woke Censorship

Hands off our Children Music Video

CARING CORRUPTED - The Killing Nurses of The Third Reich

It's Time to Reclaim Our World