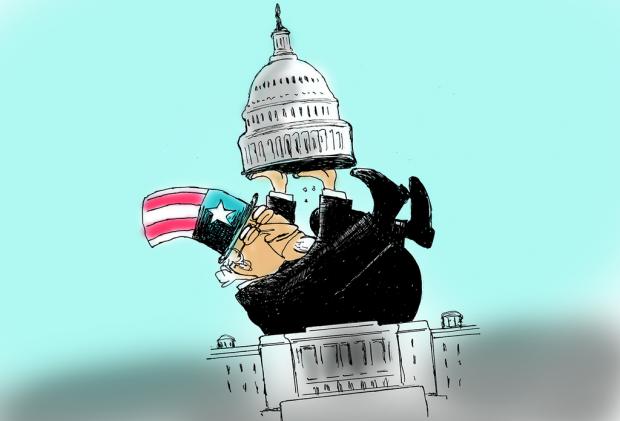 Congress just kicked the can down the road. The increase is only expected to keep the US government solvent until Dec. 3.

As Peter Schiff explained in this clip from his podcast, the debt ceiling has turned into a debt floor.

Janet Yellen has already announced the Treasury will continue "extraordinary measures" to prevent the accrual of debt. In a letter to Congress, Yellen called the small increase a "temporary reprieve" to a potential default.

It is imperative that Congress act to increase or suspend the debt limit in a way that provides longer-term certainty that the government will satisfy all its obligations. I respectfully urge Congress to act to protect the full faith and credit of the United States."

Joe Biden has said failure to permanently and substantively raise the debt ceiling will cause an economic catastrophe.

Between 1962 and 2011, lawmakers jacked up the debt "limit" 74 times, according to the Congressional Research Service. This is why the national debt is well north of $28 trillion.

If congresses in the past had had the guts to not raise the debt ceiling, we wouldn't be in this predicament because we would have balanced the books a long time ago and we wouldn't have all this debt."

Politicians often claim we have to keep upping the borrowing limit because "America always pays its bills."