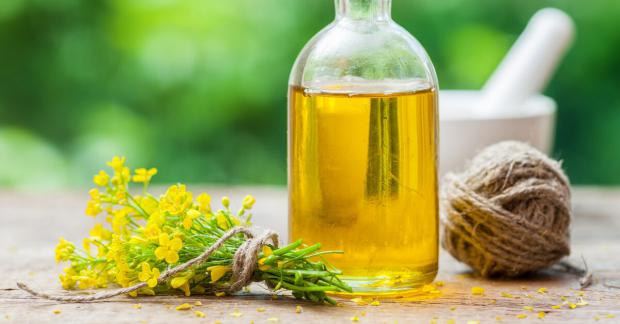 Entire networks break down as their connections are clotting and clogged up with plaques, leading to brain cell suicide, also known as brain atrophy. Once this becomes widespread, brain volume is significantly decreased, and what follows is massive memory loss. That's where evil canola oil comes in.

All canola oil, whether conventional, organic, or cold-pressed, coagulates over time, causing weight gain and memory loss, and here's how. Canola oil causes plaques, clumps and build-ups between neurons, creating neurofibrillary tangles in the brain, leading to memory loss and early onset dementia, not to mention rapid weight gain, according to an in-depth study published by NIH.

If you don't stop eating canola oil, even the organic kind, when will your brain function reach a tipping point, where the plaques spread like wildfire throughout the brain and you can no longer remember your relatives' names?

Covid vaccines and canola oil are the FASTEST ways to clog your blood and suffer soon from spike protein syndrome and early onset dementia
Your vascular system plays a key role in delivering oxygen and nutrients to the brain, making the Covid vaccines a big NO-NO, since those injections introduce billions of microscopic spike particles that stick together in blood vessels, clogging the blood and thus limiting the flow of oxygen and nutrients throughout the body, including to the brain. Then imagine what happens when you add in canola oil that wrecks brain and blood function, leading to obesity and dementia.

Doctors on the Right Side of History and Medical Ethics

Pandemic of the Unjabbed?