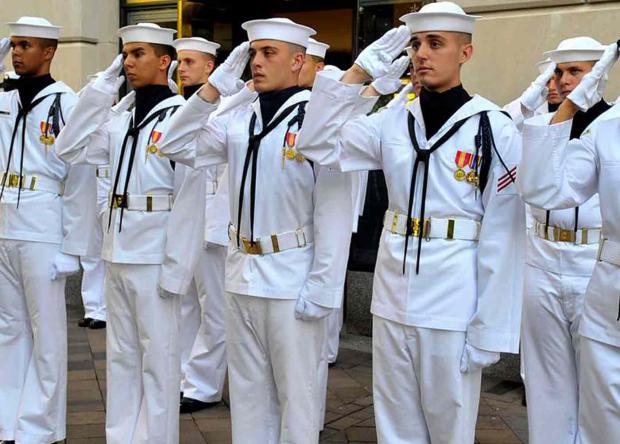 The U.S. Navy announced on Thursday it will begin halting reenlistments and transfer orders for sailors currently refusing the COVID-19 vaccines and active-duty sailors will have up until November 14 to either have an approved or pending vaccine exemption request or their second COVID-19 vaccine dose or they will face being discharged from the service. Sailors in the Navy Reserves have until December 14 to receive their second vaccine dose.

In a press release, the Navy said after those final vaccination dates pass, it will start processing discharges for sailors who have to that point refused vaccination and don't have a pending or approved exemption.

The Navy said it set up a system specifically for handling sailors who refuse the vaccine, the COVID Consolidated Disposition Authority (CCDA). Adm. William Lescher, Vice Chief of Naval Operations said the CCDA will "ensure a fair and consistent process" for separation determinations.

The Navy said, effective as of the publication of its message, Navy commands will halt any reenlistment or execute orders, except for separations from the Navy, for any sailor who is refusing the vaccine, until the CCDA has handled their case.

The Navy said, "For officers and enlisted serving in Navy leadership roles refusing the vaccine, they will be notified immediately in writing that they have five days to either begin a vaccination series or request an exemption before being relieved and have detachment for cause initiated."

The Navy said those sailors separated only for vaccine refusal will receive no lower than a general discharge under honorable conditions. Such a discharge status could result in the loss of some veterans' benefits.