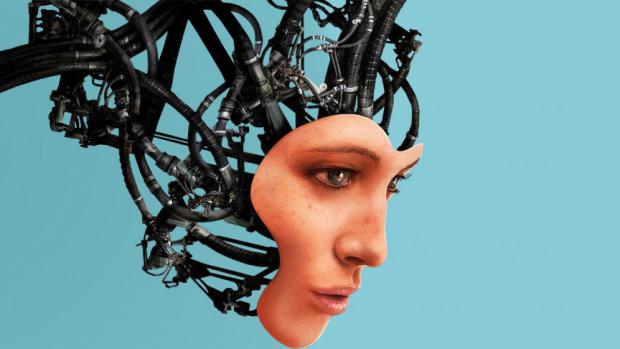 Transhumanists' goal is to merge man with machine. Their wildest prophecies seem ridiculous at first, until you consider the dizzying advances in bionics, robotics, neuroprosthetics, virtual reality, artificial intelligence, and genetic engineering.

Prominent figures gathered at the TransVision 2021 conference in Madrid over the weekend. Listening to the proceedings online, I heard a broad range of totalizing schemes. There were no Luddites or Amish onstage, but of course, Spain is a long haul for a horse-and-buggy. Besides, no unvaccinated person can legally cross the Spanish border.

Transhumanists hold that the human condition of ignorance, loneliness, sadness, disease, old age, and death can be transcended through improved gadgetry. Many believe tribalism will also be eliminated — perhaps through brain implants — but this elite clique tends to be so convicted, legacy humans will have no say in the matter.

If Big Tech is the established church, transhumanists are Desert Fathers in the wilderness.

The Cult of the Singularity
Naturally, the dominant tone at TransVision was set by hardcore transhumanists: Max and Natasha More, José Cordeiro, David Wood, Jerome Glenn, Phillipe van Nedervelde, Ben Goertzel, Aubrey de Grey, Bill Faloon, and even in his absence, Ray Kurzweil, a top R&D director at Google and founder of Singularity University. Each proponent has a unique angle, but they converge on a shared mythos.