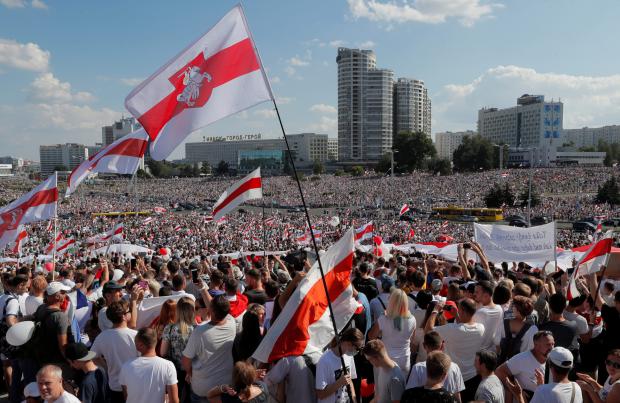 This sentiment was made clear in President Joe Biden's recent speech at the United Nations General Assembly. Biden announced that the US would pursue "relentless diplomacy" finding "new ways of lifting people up around the world, of renewing and defending democracy." The 46th president was explicit in whom he meant by this: "The democratic world is everywhere. It lives in the anti-corruption activists, the human rights defenders, the journalists, the peace protestors on the frontlines of this struggle in Belarus, Burma, Syria, Cuba [and] Venezuela," he said, putting Belarus first on the list of states in desperate need of a change in government.

This builds on the back of previous statements the administration has released. In June, a joint announcement by the US, Canada, United Kingdom and the European Union essentially pronounced the death penalty on the Lukashenko government, in power since 1994. "We are committed to support the long-suppressed democratic aspirations of the people of Belarus and we stand together to impose costs on the regime for its blatant disregard of international commitments," they wrote, as they announced new sanctions.

A "modest but significant contribution"

Covertly, Washington is taking far more wide-ranging action. The National Endowment for Democracy (NED) is spending millions of dollars yearly on Belarus and has 40 active projects inside the state, all with the same goal of overthrowing Alexander Lukashenko and replacing him with a more US-friendly president. Although not a single individual or organization is named, it is clear from the scant public information it reveals that Washington is focusing on three areas: training activists and civil-society organizations in non-violent regime-change tactics; funding anti-government media; and bankrolling election-monitoring groups.