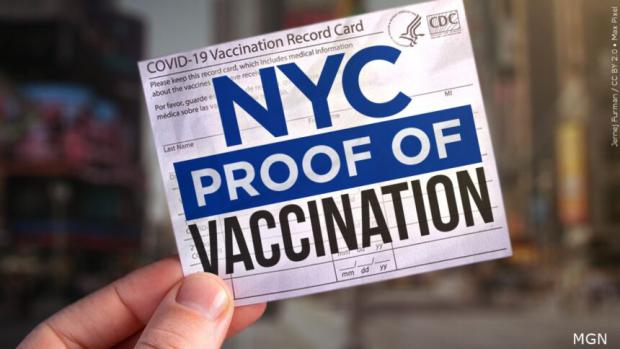 In effect since September 13, the mandate requires many indoor businesses to allow entry only to employees and customers able to provide proof of COVID-19 vaccination. The order applies to indoor dining, recreation, fitness, and entertainment establishments. Failure to comply can result in fines to the businesses of up to $5,000 and possible criminal charges.

The lawsuit claims that unequal enforcement of the "Key to NYC" mandate amounts to discrimination based on content of speech and type of speaker, citing exemptions provided for religious services and performances at community centers and schools.

Religious services are regularly held without restriction in the very same theaters within mere hours of other performances subject to the mandate. In fact, the Actors Temple doubles as a nondenominational Jewish synagogue and the Orbach Theater rents its facilities to a religious group for Sunday morning services.