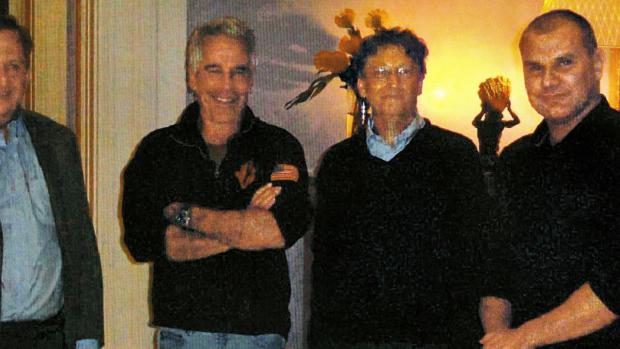 On Tuesday, Bill Gates gave an interview where the question of his close ties to Jeffrey Epstein came up—and gave a strange answer.

Gates has been hounded by questions about his relationship with Epstein—the pedophile financier at the center of a child sex trafficking ring who died in prison in 2019—following revelations of his years-long pursuit of Epstein's friendship. Gates reportedly hoped that a close connection to Epstein would help him? secure a Nobel Prize.

PBS Newshour host Judy Woodruff asked Gates what he knew about Epstein during their meetings, and what he did when he found out about the allegations against him. "Is there a lesson, for you or anyone else looking at this?" Woodruff asked. Gates responded: "Well he's dead, so..." before smiling and adding, "in general you always have to be careful."

In the interview, Gates also shrugged off his connections to Epstein by saying he "had dinners with him" that he regrets, and that he only attended because Epstein had relationships with people who might donate money to the cause of global health. "Those meetings were a mistake and were not what he purported, and I cut them off," Gates said.

In August, in a bid to minimize fallout from his wife filing for divorce and launching a PR campaign against him which included the revelation that Gates pursued Epstein for a chance at a Nobel Prize, Gates went on a PR blitz to downplay his ties. In an interview with Anderson Cooper, Gates said that it was a "huge mistake" to have spent years trying to befriend Epstein.