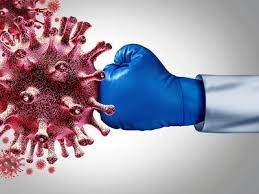 Senator Ron Johnson of Wisconsin says his research and scientific evidence – including a real-world study in Israel – are pointing to the fact that natural immunity is at similar or even better levels than vaccination.

Natural immunity recognizes the entire virus, while vaccines are designed to prevent infection from its original form. The Centers for Disease Control and Prevention (CDC) and top health officials say that post-infection immunity is not as strong as vaccination.

However, National Institute of Allergy and Infectious Diseases (NIAID) Director Dr. Anthony Fauci admits that he doesn't have a "firm answer" as to why people who have recovered from COVID-19 require vaccinations.

Fauci says those who have previously been infected with the disease have protection, but argues that data doesn't show how durable the protection is, or if it is affected by different variants of the virus. He adds that getting a vaccine will significantly increase the degree of protection compared to simply relying on natural immunity.