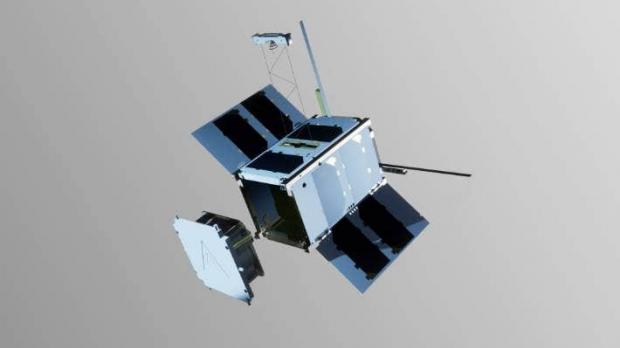 The Japan Aerospace Exploration Agency (JAXA) has grand plans that involve performing the first large-scale demonstrations of space junk removal, and startup Rocket Lab has just been enlisted to get its first efforts off the ground.

Such is the magnitude of our space junk problem that there is no shortage of creative ideas around how it might be solved. Everything from weighted nets, to space harpoons, to magnetic space tugs to space fences have been put forward as ways of dealing with the increasing danger from space debris, which travels at tens of thousands of miles per hour and threatens catastrophic collisions with operational spacecraft.

JAXA's Commercial Removal of Debris Demonstration (CRD2) mission is a collaborative effort with the private sector, aimed at removing large-scale debris. The project is currently in its first phase, which involves sending spacecraft into orbit to rendezvous with pieces of fast-moving debris, where they will capture images of it and study the surrounding environment.

As its first steps, early last year JAXA selected Japanese firm Astroscale as a commercial partner in the program, seeking to use its Active Debris Removal by Astroscale-Japan (ADRAS-J) satellite for these purposes. The satellite is being developed to rendezvous with a JAXA rocket's upper stage currently floating through space at around 27,000 km/h (17,000 mph), using cameras and LiDAR to come within 100 m (330 ft) of the target. There it will collect images and carry out observations from different angles, before zeroing in for an even closer look before departing.

It has been announced today that Astroscale and Rocket Lab have signed a dedicated launch contract, which will see the ADRAS-J satellite fired into space atop the startup's Electron rocket. This comes just a month after Rocket Lab entered an agreement to launch a separate space junk removal satellite under development by Finnish company Aurora, which will be deployed into orbit to test out its propulsion and braking systems.

Blue Origin will launch William Shatner into space today! Here's how to watch it live.