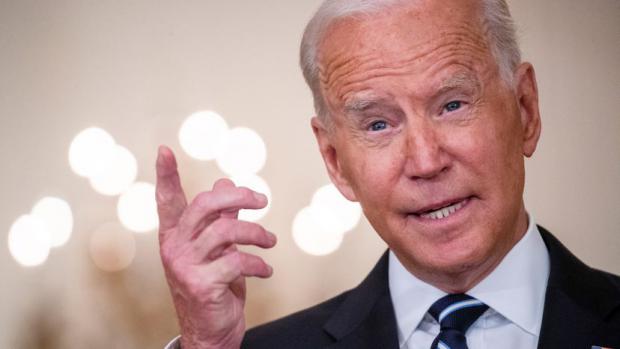 From abortions to elections to rents, Biden is seeking to federalize huge areas to displace state law.

Not since John Adams and his Federalist Party has the country faced such a fundamental challenge to our system of federalism.

Some of the claims made by Biden recently would make even Adams blush.

What is most striking about these claims is that Biden and his aides have indicated that they know they are operating outside of constitutional limits.

Take the recent controversy over the vaccine mandate. Biden and aides like chief of staff Ronald Klain claimed before the inauguration that?he would impose national mandates in the pandemic,?only to be told that a president lacks such authority over the states. Biden, Speaker Nancy Pelosi, D-Calif., and other Democratic leaders then denied that they would impose such mandates, often acknowledging the constitutional limits placed on presidents.

Then came last week, when Biden suddenly announced that he would impose a national vaccine mandate through the Occupational Safety and Health Administration (OSHA). Klain admitted that the OSHA rule was a mere "workaround" of the constitutional limit imposed on the federal government.?White House press secretary Jen Psaki?preferred to call it a "pathway" after admitting "we do not have the power to inform each American you need to be vaccinated."

Whether a "workaround" or a "pathway," the move would allow the federal government to dictate public health measures in every state – a claim that will face major federalism challenges in court.

Under this interpretation, OSHA could impose a federal mandate for any measure that impacts workers, including public health measures not directly linked to a given workplace or job. That may be more of a sticker shock for some on the federal bench, including some justices.