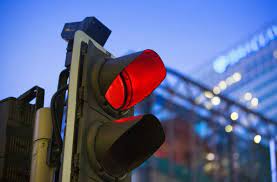 Tens of thousands of American drivers have been injured and many people killed as a result of reckless revenue pursuit by local governments.

Local governments have partnered with private companies to build, deploy, and maintain the cameras that bring bounty hunting to traffic intersections. Violations routinely hammer drivers for a hundred dollars a shot, and California skewers transgressors for up to $500.

The evidence is clear

Red light cameras have proliferated despite overwhelming evidence of their perils. In 2004, a U.S. Department of Transportation–financed study examined hundreds of red light cameras around the nation and revealed that they were "associated with higher levels of many types and severity categories of crashes." In 2005, six years after the District of Columbia set up a red light regime that generated more than 500,000 tickets, a Washington Post analysis revealed that "the number of crashes at locations with cameras more than doubled." A 2007 Virginia Department of Transportation study concluded that cameras were associated with a 29 percent "increase in total crashes." A 2013 report by the Pennsylvania Department of Transportation revealed "a 27 percent increase in the number of collisions involving an injury at red-light cameras intersections" in Philadelphia.

Insider Trading… Why Politicians Can Do it and You Can't