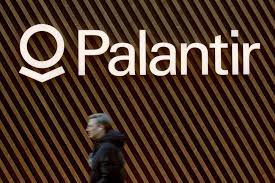 ...which allowed some unauthorized employees to access information from Griffith's social media accounts obtained with a search warrant.

The data recovered from Griffith's Facebook and Twitter accounts, which was obtained through a federal search warrant in March 2020, was accessed by unauthorized agents who were working on a different case via the Palantir software developed for the FBI. The data was accessed for more than a year by at least four FBI employees, all of whom work outside of New York and were not investigating the case involving Griffith.

The FBI case agent assigned to Griffith's case was alerted to the unauthorized access earlier this month, when another agent emailed him and said an analyst accessed the search warrant material on Palantir.

"An FBI analyst, in the course of conducting a separate investigation, had identified communications between the defendant and the subject of that other investigation by means of searches on the Platform that accessed the Search Warrant Returns," the feds wrote in the letter filed Tuesday.