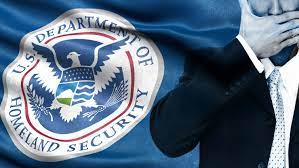 "On April 15, 2021, 34 Members of the House of Representatives sent a letter requesting important information regarding the destinations within the interior of our nation of the heavy illegal migration over our nation's border," Sen. Mike Braun (R-Ind.) and Rep. Louie Gohmert (R-Texas) told DHS Secretary Alejandro Mayorkas in an Aug. 5 letter.

"As of the date of this letter, the response from [HHS] deferred to [DHS], and regrettably, DHS has not responded to the Congress' letter," Braun and Gohmert told Mayorkas and Becerra.

The lawmakers said the repeated requests for relocation information were made because "border crossings remain unsustainably high. In July, it was reported that attempted crossings at the U.S.–Mexico border remain at a historically high level not experienced in at least 21 years.

"In June, more than 188,829 individuals were taken into custody by Customs and Border Patrol (CBP), including 15,018 unaccompanied children. This former figure represents an alarming 141 percent increase from January 2021. Like so many in our nation, we remain deeply concerned about this unlawful, manmade humanitarian and national crisis that is being facilitated on our southern border."

The Greatest Failure in the History of Public Health: The Case for the Prosecution