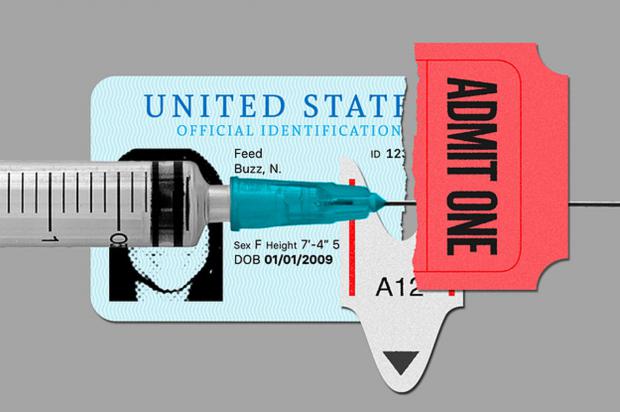 The government mandated vaccine pass, which is being called the "Key to NYC Pass," will become effective later this month and will also apply to employees of businesses using it

The New York Post reports that the scheme "marks a significant escalation of the city's efforts to curb the recent uptick in COVID-19 cases driven by the Delta variant, and will launch in mid-August and enforcement will begin in September following a public service announcement campaign, administration officials said."

The report notes that there will not be an option to produce a negative test, and just as in San Francisco's bars, the unvaccinated will be forced to eat and drink outdoors only.

Mayor Bill de Blasio proclaimed last week "We've got to shake people at this point and say, 'Come on now.' We tried voluntary. We could not have been more kind and compassionate. Free testing, everywhere you turn, incentives, friendly, warm embrace. The voluntary phase is over. It's time for mandates, because it's the only way to protect our people."