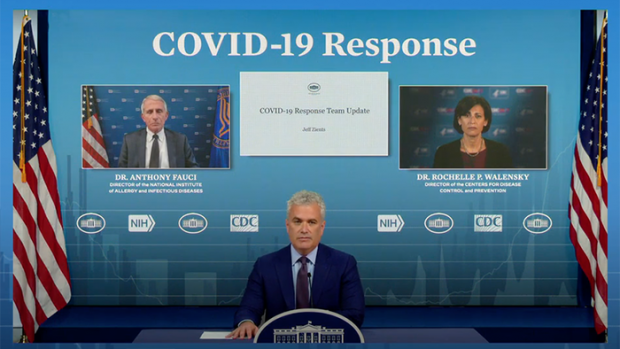 Zients referenced Biden's comments from last week where the latter talked about giving people cash in exchange for being vaccinated, but added that this doesn't go far enough.

"Last week the president called on states and local governments to use funding they have received, including from the American Rescue Plan, to give $100 to anyone who gets fully vaccinated," Zientz said, adding "If financial incentives like these help us get more shots in arms, we should use them."

"But in addition to incentives, it's time to impose some requirements based on the realities of different risks unvaccinated individuals pose versus those who have been vaccinated," Zients proclaimed.

He then went on to confirm that any federal worker or contractor who remains unvaccinated will be forced to wear a mask and get COVID tests twice a week.

"It's simple, if you want to work with the federal government, get your workers vaccinated," Zients decreed.