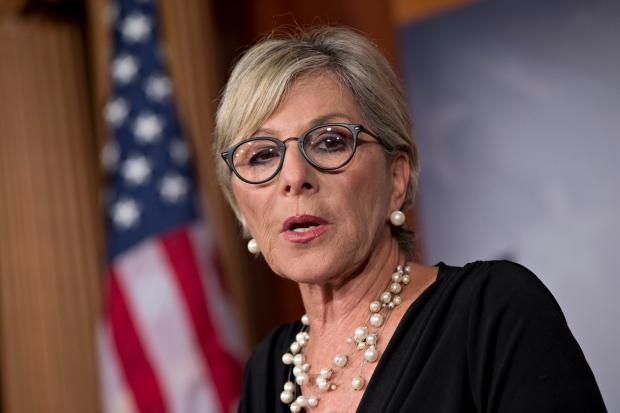 Former US Senator Barbara Boxer has hit back at Donald Trump's claim on Tuesday that her assault and robbery in Oakland was the result of 'once great cities' becoming 'a paradise for criminals, because of Democrats'.

Boxer, 80, was attacked at around 1.15pm local time on Monday in the Jack London Square neighborhood.

The Democrat said she was on her phone making a business call and moved away from the main street to a quieter area, to avoid interruptions.

A young man then jumped on her from behind, stealing her phone and leaping in to a waiting car.

Trump reacted to the news on Tuesday, asserting that Democrats are to blame because they have let criminals run rampant while working to defund the police.

'Our once great cities, like New York, Detroit, San Francisco, and so many others, have become a paradise for criminals because of Democrats,' he said.

'We must give power back to police or America will never be safe. We cannot let Communist Democrats destroy our great cities. If we don't stop them, our communities and our Country will be lost forever.'

Boxer, a California senator who retired in 2017, said she was unimpressed by Trump's response.

'Former President Trump has a horrible record of when he was president,' she told CNN's Erin Burnett on Tuesday.

'The murder rate went way up, crimes with gun went way up, and hate crimes went up 20 percent. So he has literally no standing.'