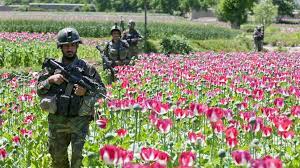 Yet for 20 years, the United States waged all-out war against this small, remote, impoverished state whose only weapons were old AK47 rifles and the boundless courage of its fierce people.

In my first book about Afghanistan, 'War at the Top of the World,' written after being in the field with the anti-Soviet 'mujahidin' warriors, I called them 'the bravest men on earth.' Now, some 21 years later, I repeat this title.

For the past two decades, the Afghan nationalist mujahidin have faced the full might of the US empire: waves of B-1 and B-52 heavy bombers; fleets of killer drones, constant air strikes from US airbases in Afghanistan, Central Asia and the Gulf; 300,000 US-financed Afghan mercenary troops; up to 120,000 US and NATO troops and other US-paid mercenaries; the brutal Communist-run Afghan secret police, regular government police, Tajik, Hazara and Uzbek militias, hit squads sent by the US and Britain, plus famine and disease. Use of torture by western forces was rampant.

All this to defend the US-installed Afghan puppet governments whose main business was protecting the nation's growing opium trade which made Afghanistan the world's largest exporter of opium/morphine that was processed into heroin. Another proud moment for Washington which, in the 1970's had been up to its ears in Indochina's opium trade, and later in Central America's cocaine business.