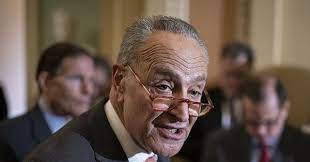 The report, written by Moody's chief economist Mark Zandi, claims inflation worries are "overdone," because "much of the additional fiscal support … is designed to lift the economy's longer-term growth potential and ease inflation pres­sures," according to Axios.

"Greater investments in public infrastruc­ture and social programs will lift productivity and labor force growth, and the attention on climate change will help forestall its increas­ingly corrosive economic effects," the report continues, and the plan's policies "would direct the benefits of the stronger growth to lower-in­come Americans and address the long-run­ning skewing of the income and wealth distribution."

Moody's, which paid a $864 million settlement to federal and state authorities in 2017 for marking risky mortgage securities as safe before the 2008 financial crisis, contradicts an older report from the firm suggesting former President Donald Trump's immigration and labor reform policies forced down unemployment, pressured companies to raise Americans' wages and salaries, and even made housing cheaper for young families.