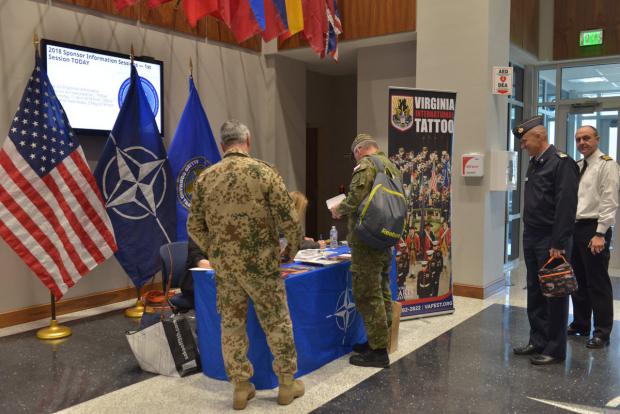 Preparing for a future battle in the Atlantic, NATO announced on Thursday that its new command in Norfolk, Virginia, is now fully operational.

Joint Force Command-Norfolk is the third of its kind and will coordinate with similar commands in Brunssum, Netherlands, and Naples, Italy. The headquarters is the second NATO command structure in Norfolk, joining the NATO's Allied Command Transformation.

The new command will oversee NATO operations in the Atlantic and in the Arctic, two regions where the US is warning Russia and China are expanding their presence. At an inauguration for the new command, US Chairman of the Joint Chiefs of Staff Gen. Mark Milley warned of so-called "great power wars" and drew parallels between future conflicts and World War II.

"It's the mission of this command to fight the battle of the Atlantic in the event of armed conflict. Think about that. If you know your history, and you know World War II, you know how important that was," Milley said. He said the "survival" of NATO and its success in a future war would depend on the success of the new command and the "success or failure of the battle of the Atlantic."

Milley rattled off casualty statistics of World War II, warning what a future war could bring. "That is the butcher's bill of great power war," he said. "That's what this international order that's been in existence for seven and a half decades is designed to prevent. That's what JFC-Norfolk is all about. It's to prevent that outcome."