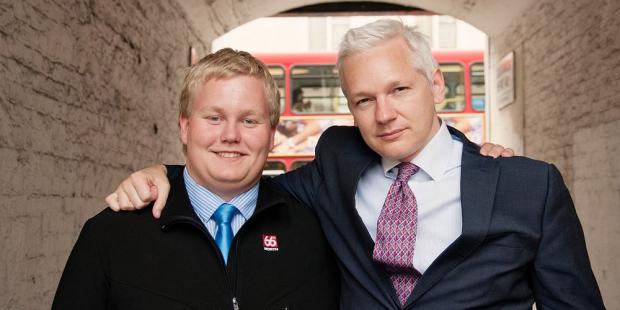 An FBI informant upon whose information the United States based aspects of an indictment against imprisoned WikiLeaks publisher Julian Assange has now admitted that he fabricated the evidence.

Sigudur "Sigi" Ingi Thordarson has told an Icelandic publication in an article that appeared on Saturday that he made up the allegation that Assange asked him to hack a government computer. That testimony played a key part in the indictment against Assange for conspiracy to commit computer intrusion.

Thordarson, 28, is referred to as "Teenager" in the part of the indictment that focuses on events in Iceland, where Assange was working in 2010.  The indictment alleges that, "In early 2010, ASSANGE asked Teenager to commit computer intrusions and steal additional information, including audio recordings of phone conversations between high-ranking officials of the government of NATO Country-I, [Iceland] including members of the Parliament of NATO Country-I."

"In fact, Thordarson now admits to Stundin that Assange never asked him to hack or access phone recordings of MPs. His new claim is that he had in fact received some files from a third party who claimed to have recorded MPs and had offered to share them with Assange without having any idea what they actually contained. He claims he never checked the contents of the files or even if they contained audio recordings as his third party source suggested. He further admits the claim, that Assange had instructed or asked him to access computers in order to find any such recordings, is false."