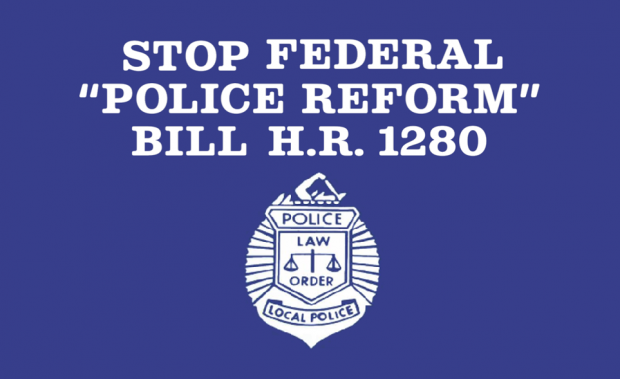 URGENT: Senator Cory Booker (D-N.J.), Senator Tim Scott (R-S.C.), and Representative Karen Bass (D-Calif.) announced they have agreed on "a framework addressing the major issues for bipartisan police reform." Furthermore, Senator Dick Durbin (D-Ill.) already endorsed the bipartisan compromise. Negotiations are not over and there is still time to defeat this pro-federalization proposal. Tell your U.S. representative and senators to oppose any federal meddling in local police departments!

Members of Congress are seeking to pass legislation that threatens the autonomy of local police and other law enforcement agencies.

H.R. 1280 seeks to prohibit local law enforcement from practicing what it describes as "racial, religious and discriminatory profiling" and would mandate all local police officers to be indoctrinated in sensitivity training about the adverse effects of such profiling. The bill also bars police officers from performing certain restraining tactics, such as chokeholds.