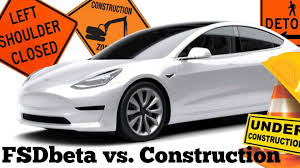 Tesla's CEO Elon Musk announced that the Full Self-Driving (FSD) beta program size is doubling now with the new 8.2 software update. The next step, the 8.3 update, is expected to bring a further increase by an order of magnitude. The expansion was hinted in a previous batch of tweets.

Elon Musk said to "be careful" with using the FSD feature, as it's not a self-driving system, but just a beta, that requires 100% attention. On the other hand, in his opinion, the system is "getting mature" so the number of required human interventions should decrease, we guess.

"If you want the Tesla Full Self-Driving Beta downloaded to your car, let us know. Doubling beta program size now with 8.2 & probably 10X size with 8.3. Still be careful, but it's getting mature."

Tesla started the beta rollout on October 22, 2020 (initially only for a small group of testers in the U.S.).