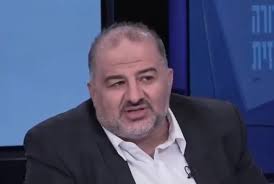 As Israel readies for its fourth general elections within two years, scheduled for March 23, Israel's Palestinian Arab voters seem to be in a position of power, slated to become the kingmaker in the country's future coalition government. But something peculiar has happened. The Joint List, which has successfully united the Arab vote in Israel in previous elections, suffered a major setback with the split of the United Arab List (Raam) on February 4.

Raam is the political arm of the Southern Branch of the Islamic Movement in Israel. In April 2019, it entered the elections in a joint coalition with the National Democratic Alliance (Balad) Party. In September 2019 and, again, in March 2020, it contested in the general elections as part of the Joint List, an Arab alliance, which, in addition to al-Balad, included the Democratic Front for Peace and Equality (Hadash) and the Arab Movement for Renewal (Ta'al).

Despite their ideological divides and different socio-economic visions, Arab parties in Israel have felt that their unity is more urgent than ever before. There are reasons for this.

Dispatches from the War: Epidemics are staged on Television