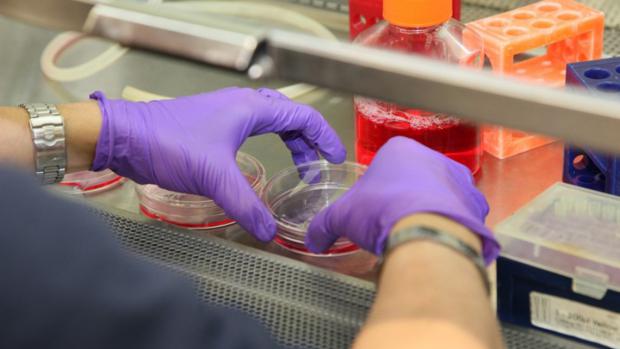 It was the 2016 diagnosis Joe Tippens said he wasn't willing to accept. The Edmond, Oklahoma man was determined to live at least long enough to meet his first grandson, due in a few months.

Tippens immediately contacted MD Anderson and was on a flight to Houston that night.

He said chemo and radiation at MDA shrunk the large tumor in his lung. But after he finished treatment, a PET scan revealed it was too late.

"The cancer had spread to my neck, my Right Lung, my stomach, my liver, my bladder, my pancreas and my tail bone. Dozens of tumors," Tippens wrote in his blog.

Two days after the PET scan, Tippens said a veterinarian friend told him about a dog dewormer called fenbendazole that some people believe cured their cancer. It's branded as Panacur C and can be ordered online.

Tippens did some research and learned the drug is considered safe for humans, with no serious side effects.

"I had just been told I've got no hope and 3 months to live, so it wasn't a hard decision for me to take the leap," Tippens wrote.

He said he took fenbendazole, along with a vitamin and supplement regimen, while also taking part in an unrelated trial at MD Anderson. Doctors said the trial wouldn't save his life, but it might extend it.

Tippens didn't tell his oncologist about the fenbendazole because he was afraid they would kick him out of the trial.