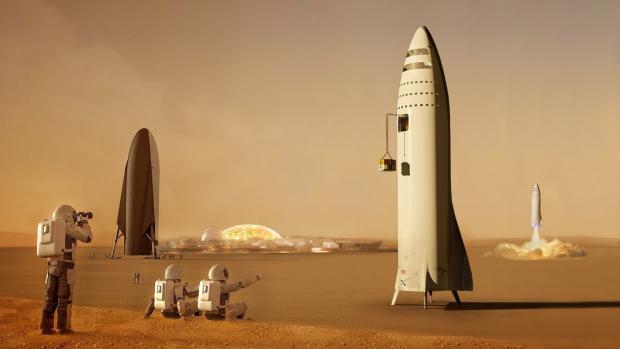 "You can choose between your blood boiling, you know, fizzing up like a can of soda, dying from having your muscles deteriorate, freezing to death. You name it, you have a lot of options," said the author of the recent Atlantic article "Mars is a Hellhole."

Musk said in December that he remains "highly confident" that SpaceX will land humans on Mars by 2026, adding that it's an achievable goal "about six years from now."

"The important thing is that we establish Mars as a self-sustaining civilization," Musk said in a Clubhouse chat this year, according to CNET.

Stirone told CNBC's "The News with Shepard Smith," that the human desire to go to the red planet stems from culture and science fiction, but Musk's motive is fundamentally driven by a "colonialistic view."

"The difference with him [Musk] is it's not driven by a scientific motive for discovery and search for truth, instead it's a colonizing, imperialistic, property-value, dominating, factor, which I think is terrible."

SpaceX has not responded to CNBC's request for comment.

It's Time to Watch the Biggest Meteor Shower of the Spring, Known for its Fireballs

One Falcon Heavy Launch of a Kilometer-Scale Space Station With 1G of Gravity...