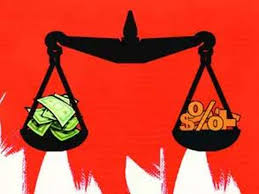 Fed's Powell says reopening could cause inflation to pick up temporarily

Federal Reserve Chairman Jerome Powell said Thursday that he expects some inflationary pressures in the time ahead but they likely won't be enough to spur the central bank to hike interest rates.

"We expect that as the economy reopens and hopefully picks up, we will see inflation move up through base effects," Powell said during a Wall Street Journal conference. "That could create some upward pressure on prices."

The Fed likes inflation to run around 2%, a rate it believes signals a healthy economy and provides some room to cut interest rates during times of crisis. However, the rate has run below that for most of the past decade and inflation has been particularly weak during the pandemic.

With the economy increasingly back on its feet, some price pressures are likely to emerge, said Powell, but he said they likely will be transitory and look higher because of "base effects," or the difference measures against last year's deeply depressed levels just as the Covid-19 crisis began.

Rabo: When It Comes To Inflation, What One Does And Doesn't See Is All Political

As Talk Turns to Inflation, Some Investors Look to Gold