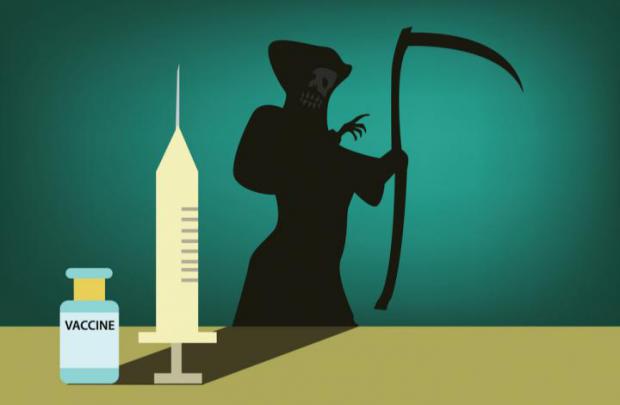 While in January a group of independent doctors concluded that experimental COVID-19 vaccines are "not safer" than the virus itself, a new analysis of vaccine-related death rates in Israel demonstrates that this may indeed be the case to dramatic levels.

A re-analysis of published data from the Israeli Health Ministry by Dr. Hervé Seligmann, a member of the faculty of Medicine Emerging Infectious and Tropical Diseases at Aix-Marseille University, and engineer Haim Yativ reveal, in short, that the mRNA experimental vaccine from Pfizer killed "about 40 times more (elderly) people than the disease itself would have killed" during a recent five-week vaccination period. Among the younger class, these numbers are compounded to death rates at 260 times what the COVID-19 virus would have claimed in the given time frame.

While the full mathematical analysis may be found in the article itself, the authors demonstrate how among "those vaccinated and above 65, 0.2 percent … died during the three-week period between doses, hence about 200 among 100,000 vaccinated. This is to be compared to the 4.91 dead among 100,000 dying from COVID-19 without vaccination."

"This scary picture also extends to those below 65," the researchers continued. During the five-week vaccination process "0.05 percent, meaning 50 among 100,000, died. This is to be compared to the 0.19 per 100,000 dying from COVID-19 (who) are not vaccinated … Hence the death rate of this age group increased by 260 (times) during this five-week period of the vaccination process, as compared to their natural COVID-19 death rate."

As reported by IsraelNationalNews (INN), Seligmann is of Israeli-Luxembourg nationality, has a biology degree from Hebrew University of Jerusalem, and has written more than 100 scientific publications. INN reports the researchers "have no conflicts or interests other than having children in Israel."