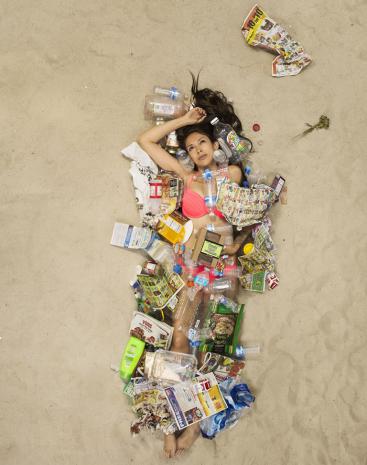 The US is the Global Leader in Trash Production.

At 4.9 pounds of trash per person, per day, the U.S. is the most wasteful country on the planet. Of the 292.4 million tons of refuse Americans generated in 2018, half was buried in landfills while another 32% was recycled or composted, according to the U.S. Environmental Protection Agency. The rest was burned (the preferred term being "combusted") to generate electricity.

Over the past three decades, the rate of U.S. recycling and composting has more than doubled. During that same period, however, the number of available landfills shrunk by about 74%.

Recycling may have doubled, but that's from a very low level.

Garbage exports went to zero thanks to Trump's trade war with China.

Since China stopped importing U.S. recyclables in 2017, cities have been scrambling to find new markets for plastics and other materials that would typically be repurposed, said Mike Ewall, a Philadelphia-based environmental activist and executive director of the Energy Justice Network.

Environmentalists says don't burn it and China will no longer take it.

Meanwhile, the number of landfills are shrinking. Many of the ones in existence are very poorly managed.

Even double-lining is questionable. Single lining of landfills is a disaster in waiting.