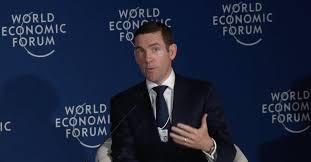 London-based Greensill Capital was heralded for apparently revamping the humdrum business of supply-chain finance, a kind of lending that speeds up payments between companies. Bloomberg reported in early Feb that the 44-year-old financier says the firm provided $150 billion to businesses and customers in 175 countries last year.

However, in what is now a prophetic warnings, Bloomberg noted that some view him as an aggressive risk taker who's often pushing the boundaries in an area of finance less regulated than traditional banking, noting that Greensill Capital has been embroiled in scandals involving some of the biggest names in global finance.

Loans it helped to arrange were the focus of conflict-of-­interest accusations last year involving Credit Suisse Group AG and Masayoshi Son's SoftBank Group Corp, and the firm was at the center of a 2018 crisis at Swiss asset manager GAM Holding AG that brought down a star trader.

"We're doing things a little different to what's been done before, and that's always going to kind of garner attention and commentary," Greensill says from his home in northwest England.

"I recognize by doing that, it does from time to time make us a target."

Fast forward three weeks to this morning and the 'king of supply chain finance' appears to have no clothes...

Bloomberg reported this morning that Greensill's empire was unraveling fast as two major backers had abandoned the firm:

Credit Suisse Group AG on Monday froze a group of supply-chain-finance funds that it ran with help of the financier.

The funds combined held about $10 billion in assets, most of it in Greensill-sourced securities.

Separately, SoftBank Group Corp.'s Vision Fund has substantially written down its $1.5 billion holding in Greensill Capital, and is considering dropping the valuation to close to zero, according to people familiar with the matter.

The writedown occurred at the end of last year, said one person.