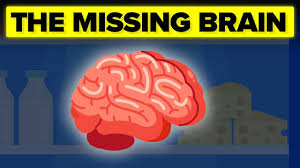 Ever since the assassination of President John F. Kennedy, it has been a favorite pastime of the mainstream press to speculate on the disappearance of Kennedy's brain after the autopsy that was conducted by the U.S. national-security establishment. Such speculation, however, enables the mainstream press to avoid confronting the real issue regarding JFK's brain: the fact that the two brain examinations carried out as part of the autopsy involved lies, deception, and fraud on the part of the autopsy physicians.

There can be only one answer, one that the mainstream press and the Washington, D.C., establishment have been loath to acknowledge for the past 50-plus years: The lies, deception, and fraud were a part of the cover-up of a highly sophisticated violent domestic regime-change operation that the national-security establishment carried out against Kennedy.

Officer In Ashli Babbitt's Death Will NOT Be Charged, Highlighting STUNNING Hypocrisy

The Media Lied Repeatedly About Officer Brian Sicknick's Death. And They Just Got Caught