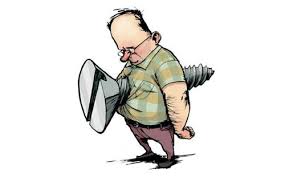 On Thursday, the yield on the 10 year Treasury note topped 1.55 percent.  Subsequently, the Dow Jones Industrial Average, after hitting an all-time high on Wednesday, dropped 559 points.  Wall Street must not be listening to Federal Reserve Chairman Jerome Powell.

Earlier in the week, Powell, in testimony to the Senate Banking Committee, confirmed that the central bank would keep the federal funds rate near zero until maximum employment is achieved.  In addition, the Fed, in its recently released semiannual Monetary Policy Report, confirmed it would continue to create credit from thin air to buy $80 billion per month of Treasuries and $40 billion per month of mortgage backed securities (MBS).

What's more, the Report specified the Fed's purchases of Treasuries and MBS "…will continue at least at this pace until substantial further progress has been made toward its maximum employment and price stability goals."  The operative words being, "at least."

What to make of it…

State control, through inflationism, takes money saved and earned by individuals and covertly redistributes it to the central authority – i.e., Washington.  There it is consumed by ever expanding government social programs and colossal pentagon budgets.  What remains is wasted away by the endless array of bureaucracies and agencies.

The Inverted Yield Curve and Recession