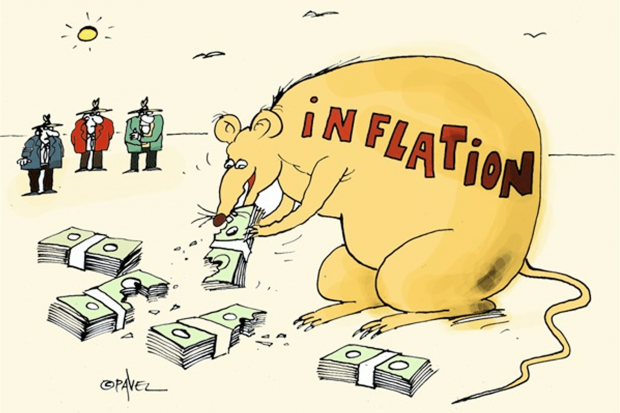 Another word for this is monetization of debt or deficit-financing by the central bank.

Asset purchase (or "QE") programs can be viewed as modern versions of deficit-financing. With them, central banks buy (mostly) sovereign bonds from the capital markets, resulting in artificially low yields on government bonds. As these programs essentially provide credit from the central bank, they do increase the money in circulation quite a bit.

In the U.S., for example, the quantity of money, measured by M2, has increased by a whopping 26% in a single year. This is the largest annual increase since 1943.

The combination of the fast growth of money in circulation and the decline in production capacity, whatever the cause, is the pre-condition for ravaging inflation. Worryingly, we are seeing those pre-conditions met.

The process of monetization and hyperinflation

Monetization typically proceeds as follows. The central bank buys the debt—bonds—issued by the Finance Ministry (or Treasury). Government then uses this money to increase its consumption. The debt bought by the central bank then either remains on the balance sheet of the central bank ad infinitum or the central bank nullifies it, thereby creating a loss.