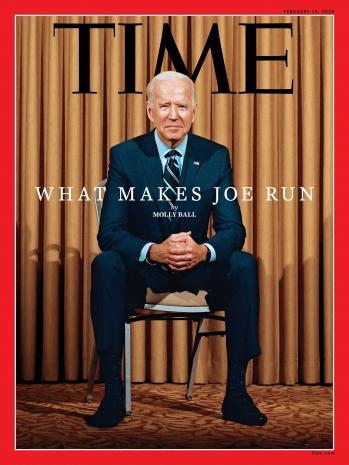 For too long, the Orange Menace had desecrated DC "hallowed ground" — as #Resistance mythology goes and as Joe Biden put it in the flaccid inauguration speech that someone wrote for him.

All of the degeneracy of the previous 4 years concluded Jan. 20 with the reclamation of the Great American Experiment by 78-year-old Joe Biden.

Alas, the stars have aligned — if nowhere else than in the eyes of cable television actors – as a president that can be counted on regains control of the levers of power:

"The contrast on display tonight was so stark… Those lights that are just shooting out from the Lincoln Memorial… it's like, almost extensions of Joe Biden's arms embracing America."

The Washington Post/CNN Chalian types had not shown such a level of enthusiasm for their favored politician since Barack Obama put a thrill up MSNBC host Chris Matthews' leg in 2008:

" I have to tell you, you know, it's part of reporting this case, this election, the feeling most people get when they hear Barack Obama's speech. My, I felt this thrill going up my leg. I mean, I don't have that too often."

Utterly stale, meaningless neoliberal oration – when delivered with the proper soaring cadence that fills even vacuous language with the pretense of weight – is catnip to these people. It speaks to the core of who they are – all hat, no cattle. All frills, no substance.