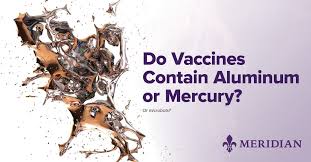 Most of the research that has created this understanding has been published in the last 36 months, and largely from international scientists in Canada, France, Israel, and China. Four clear, replicable, and related discoveries explaining how autism is triggered are forming an undeniably clear picture of autism's causation, and possibly ways to alleviate the symptoms, too.

When Caltech scientist Dr. Paul Patterson passed away in 2014, I had little appreciation that he had triggered a chain of events over the course of his career that may now provide a clear and unambiguous explanation of how and why my son developed autism back in 2004. Knowing exactly how my son's autism was caused is incredibly important to my wife and I, because the more information we have about causation, the more chance we have to do something about it, and perhaps recover my son from an affliction now impacting 1 in 48 American kids.

What you're about to read is the product of more than two dozen very recent peer-reviewed published scientific studies, with really no original thought by me. I'm a businessman and a father, but what follows is a "grand theory of autism" so complete and well-supported that I think it deserves the attention of every member of the autism community.

'What is the moral status of these novel creatures?'