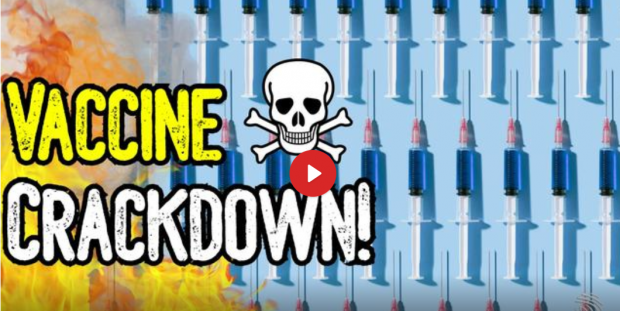 Josh Sigurdson reports on the recent crackdown globally as Israeli grocery stores begin demanding vaccine IDs in order to shop. Meanwhile in the United States, President Joe Biden is working with big tech conglomerates in order to silence any opposition to the future mandating of covid vaccines nationally with the threat of losing your bank account, job, ability to walk outside and/or travel without a vaccine.

As this crackdown heats up, opposition is heating up, but of course the more something gets silenced, historically, the more people tend to question why.

The big tech social media sites worked with government previously, but secretly. Now, they're openly taking demands from the government which adds up to a buzzword the left usually likes to use... "Fascism."

31 Reasons Why I Won't Take the Vaccine

Federal Law Prohibits Employers and Others From Mandating COVID-19 Vaccine

Fifty Years Later: The Significance of the Nuremberg Code

Was the V-Gasm Good for You?

Immunologist warns Pfizer and Moderna coronavirus vaccines may cause neurodegenerative...