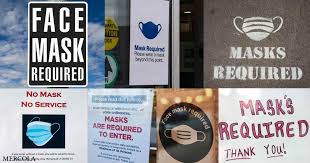 In the Naples, Florida, grocery store, hardly anyone wears a mask. The store's owner, who the news station claimed "is known for his conservative and often controversial viewpoints," told a reporter he's never worn a mask in his life and never will.

The store does have a mask policy posted, but video shows that many customers are fine with not wearing one. There is a mask mandate in Naples, but Florida Gov. Ron DeSantis has issued a ruling that makes enforcement of the rule difficult, NBC said.

The irony of the whole thing is that while the media claims mask mandates are based on science and will "save lives," this simply isn't true. Science is actually being ignored wholesale and recommendations are primarily pushed based on emotional justifications and triggers. If science were actually followed, universal mask wearing by healthy people would not — indeed could not — be recommended.