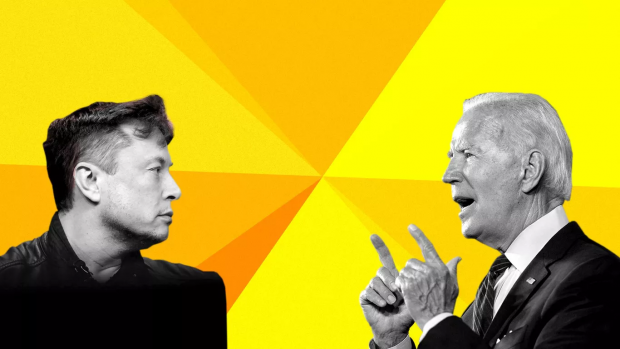 (Natural News) Dementia Joe is standing by as the Department of Justice (DoJ) launches a "discrimination" investigation into Elon Musk's SpaceX company for allegedly hiring American citizens over non-citizens.

The Xiden regime is apparently concerned that people who are not from the United States are being overlooked for hiring at SpaceX, which seeing as how it is an American company is dedicated to hiring actual American citizens.

A man reportedly filed a complaint with the DoJ's Immigrant and Employee Rights Section alleging he was discriminated against based on his citizenship status. The DoJ says Musk is stonewalling a subpoena for information about the claims, this according to court documents revealed on Feb. 4.

"The charge alleges that on or about March 10, 2020, during the Charging Party's interview for the position of Technology Strategy Associate, SpaceX made inquiries about his citizenship status and ultimately failed to hire him for the position because he is not a U.S. citizen or lawful permanent resident," DoJ attorney Lisa Sandoval wrote in a court document.

This document contains a petition to a judge to order SpaceX to comply with an administrative subpoena for documents related to how the company hires.

According to Musk, he would like to hire more non-citizens because they will typically work for far less pay, aka slave wages, compared to American workers. The only problem is that government regulations prevent him from doing so because rocket technology is a form of "advanced weapons technology."

The timing of the DoJ's probe into Musk's business is highly suspect as just last month Musk spoke out against Big Tech censorship.

The world's richest man, Musk tweeted on Jan. 11 that a "lot of people are going to be unhappy with West Coast high tech as the de facto arbiter of free speech."